Posted on November 1, 2012 by Simon Thompson 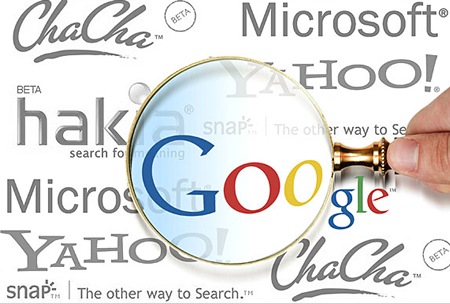 Web searches in the UK have topped 2.7 billion in a month, a web search record – while Google dropped to the search giant’s lowest market share for five years.

Searches were up 17% year-on-year at the end of 2012, but mighty Google’s share of the market shrunk to 88%, according to market research and tracking site Experian.

Total searches were up 400 million in December, compared with 12 months earlier.

While Google registered less than 90% of market share for the second month in a row, competitors Bing, Yahoo and Ask were all on the up.

However, their share of the search world is modest compared with Google.

The number of online shoppers in the week ending December 29 was up almost a third on the previous year, with 656 million browsing for bargains and last minute gifts.

“Seven times more searches conducted on Google sites than on all the other search engines combined. However, this is encouraging news for Microsoft as Bing once again starts to gain some momentum and traction in the UK search market.”

“Bing’s availability across multiple Microsoft devices and becoming the default search engine on sites like Facebook has also contributed to an increase in market share as the way in which consumers use search engines continues to diversify.”

This gentle chipping away at Google’s market dominance may mean search engine optimisation around social media marketing may have to take account of the way Facebook’s vast audience are served search results.