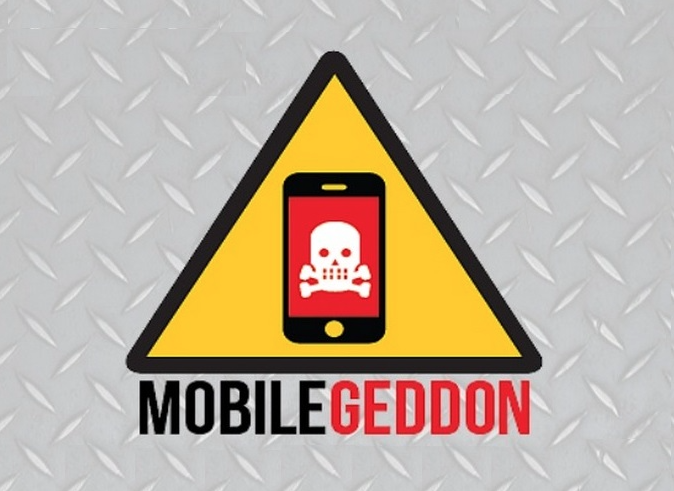 “Much ado over nothing,” – an acceptable way to define Google’s mobilegeddon fallout. Or pehaps we should say “much ado over a little something.” Even the great Shakespeare would have been thoroughly amused by the entire spectacle. Was Mobilegeddon hyped out of proportion? As Sarah Palin would say, you betcha! Did internet marketers, bloggers, SEO experts everywhere work tirelessly to feed into the hype machine – absolutely yes!

The coming mobile apocalypse, or so it was hyped to us, is now officially over. The April 21st Google update that so many heralded as the next big game-changer in the SEO world has now been up and running for six weeks and the results have been less than apocalyptic.

For anybody who’s been living under a rock for the past few months, here’s a little background -back in February, Google announced that it was planning on releasing a new addition to its search algorithm on April 21st, and that the update would change how the search engine evaluated and organized mobile-friendly and non-mobile-friendly sites. The post was concise, short and precise in Google fashion. However, it’s not too difficult to read into the motivations and intentions behind the Google Gods. Their objective is to position for the next phase of internet evolution – migration into full mobile compliance. Google wants to continue to deliver a high value customer experience through mobile solutions. Mobile wants to reward mobile-friendly sites with higher visibility and penalize non-mobile friendly ones.

Those false prophets who claimed that search as we know it would change forever, have been found wanting. The results were slightly less dramatic. Following several days of the initial rollout, it’s estimated that only a handful of major sites were penalized dropping slightly in rankings, but nothing as dramatic as past Google updates.

Some unofficial results – Yooda, a company that sells SEO analysis tool reports that non-mobile-friendly sites lost aprox 5.3% visibility since April 21, and 7% position in the keywords used by these websites.

If you want your website to obtain higher rankings, take the necessary steps to get it mobile-friendly. Take your mobile phone, type in Google the URL of your site and see if the description of your site is with or without a mention “mobile site”. Some pages of your site can be mobile-friendly but it’s the whole site which must be compatible to enjoy this mention. According to Google, the most common causes of non-adapted to the mobile site are:

– Unreadable fonts or too small

This Isn’t the End. This isn’t the first time a Google update has caused a lot of needless drama and viral hype in the SEO world and it certainly won’t be the last. Google will keep making regular updates for as long as it rules over the search domain, and those updates will vary in scale from the barely noticeable to the truly game-changing. It’s important to always consider the underlying reasons and motivations behind Google updates, and reacting accordingly. Mobilegeddon didn’t bring about the end of the internet world, it merely contributed more value to the customer experience.